Subnautica has been around and about for a while now (Xbox One and Steam), however, the official Steam release was only a couple of weeks ago after nearly FIVE YEARS in development! 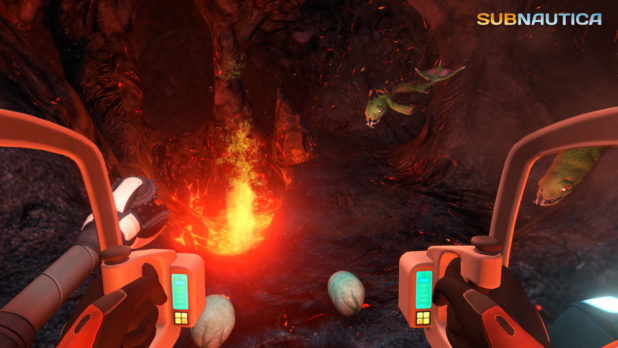 Hopper downloaded his copy today from Steam (c. £20 in the UK) and has been pretty busy getting started in this amazingly detailed open world adventure game. Whilst we’re just playing it on the PC for now, we can only imagine that it would look AMAZING in VR and having had a few jump scares in the underwater caves so far, think it could be quite realistic too!

Hopper’s new solo series will follow his adventures in Subnautica as he tries to progress through the game and survive on the alien planet he’s crash landed on. If you like the sound of this game, check out his first video, uploading tomorrow, or take a look at the Unknown Worlds game developer website: https://unknownworlds.com/subnautica/